Leftover funds donated towards the funeral service for a Whangaparāoa teenager who died over the weekend will go towards a photography scholarship.

Louis Duval, 15, died in a freak accident during the early hours of Sunday at home after he tripped, fell and hit his head on some tiles.

The teenager died in the arms of his family despite the best efforts of paramedics who tried to save his life. 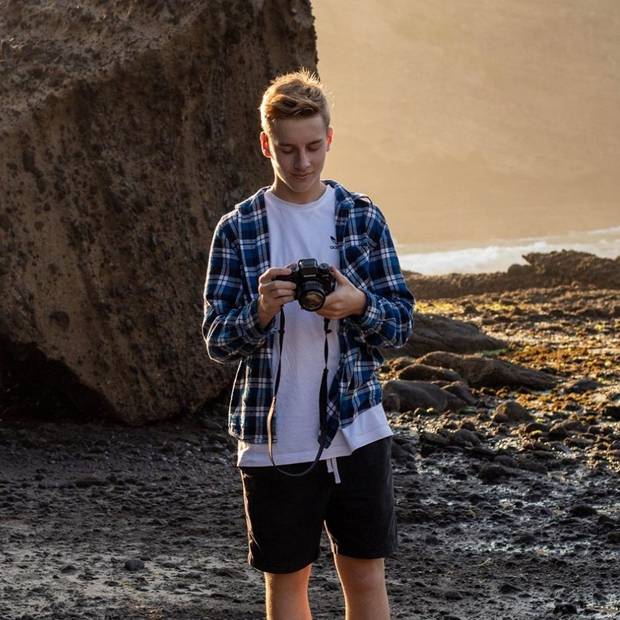 Duval was survived by his father Stu, mother Lynette and older brother Pierre.

A keen mountain biker, Duval was also talented behind the lens of a camera and had ambitions to become a wildlife photographer.

More than $24,500 had been donated by around 440 contributors to a Givealittle page set up to collect donations towards the funeral service for Duval.

Duval’s funeral would be held at 11am on Thursday at the Whangaparāoa Baptist Church.

Any donation money spare from the funeral would go towards a photography scholarship at Whangaparāoa College, where Duval was a Year 11 student, and towards a mission project he was supporting in the Philippines.

Longtime family friend Molly Kirkbride set up the page on behalf of the Duval family and was astonished at all of the support.

The Duval family was heartbroken by the loss of their son, Kirkbride said, but the tight-knit Whangaparāoa community had rallied around them.

“It is with incredible sadness and a broken heart that Lynette and I share with you the sudden passing of our dearest Louis last night,” he said.

“He was greatly, immeasurably, loved and his 15 years with us were special beyond words. Go well my son, in God’s hands now.”

Kirkbride said she would remember Duval as a “bright and creative” person.

“He will be missed by so many,” shared a friend, while another described him as upbeat, funny and sarcastic.

Another described Duval as the “most amazing, kind, creative and wonderful young person you could imagine.”